Our Environment Is Finely Tuned for Us

If the absence of physical explanations for important aspects of our lives acts as negative evidence that points towards the existence of God, there is plenty of positive evidence for His existence also. A mathematical examination of the finely-tuned-for-life nature of so many of the conditions that make up our environment, makes any claim that it all 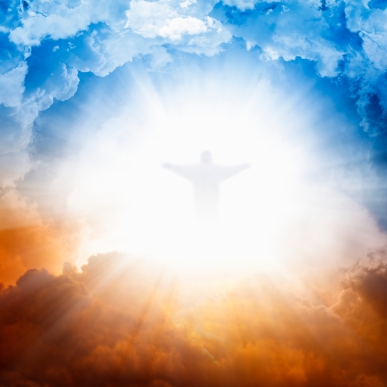 came to exist by chance appear groundless.[1] For example, the four forces that hold our universe, and everything in it, together are the strong and weak nuclear forces, electromagnetic forces, and gravity. If just one of these had been slightly different, even in some cases merely by a factor of 1 in 1037, the basic elements of our universe could not have existed, much less complex life. One chance in 1037 is roughly the same as buying one ticket and winning the national lottery 5 times in succession.

If gravity had been slightly different, the structure of the universe would not have been as life-friendly as it now is. If the value of the gravitational constant were slightly larger, one consequence would be that stars would become too hot and burn out too quickly. If it were smaller, stars would never burn at all and heavy elements would not be produced.[2] If the strong radioactive force had been slightly different, there would have been a totally different set of elements within the physical realm. If the strong nuclear force were slightly more powerful, then there would be no hydrogen, an essential element of life. If it was slightly weaker, then hydrogen would be the only element in existence.[3]

Similar fine-tuning is evident in many other aspects of our physical world, such as the position of the Earth within our galaxy, the structure of the solar system and of the Earth itself, and the composition and characteristics of essential life-supporting materials such as the atmosphere and water.

The (Irreducible) Complexity of Life

Further evidence of the handiwork of a supernatural designer lies in the complex structure of the human body. The DNA molecule incorporated into most of our living cells holds around 1.5GB of information, or about 800 electronic books, stored in a four-character digital code. It is not just the complexity that defies explanation, but the nature of the complexity, combined with the huge amount of information encoded within each one of the one hundred trillion living cells in one human body. It is remotely conceivable that complex organisms might have evolved over an enormous amount of time, but the recent discovery of “irreducibly complex” molecular machines in living cells appears to disprove the Darwinian theory of evolution, which is currently taught in our public-school system. Darwin’s theory requires that natural random changes will generate a slightly-improved version of the original, which will then survive over others when reproducing because of its superiority. Irreducible complexity, referred to by Michael Behe in his book, Darwin’s Black Box, happens when a device or organism requires several separate components to be simultaneously in place to function, and hence could not possibly have evolved on a step-by-step basis.[4]

A simple example of irreducible complexity is the mousetrap. It has just six components, but if any single one was to be taken away, the mousetrap would not function. Therefore, it could not have evolved in the way that Darwin’s theory requires. The butterfly, which metamorphoses through three separate life forms prior to its adult form capable of reproduction, provides further contradictory evidence. Darwin himself stated, “If it could be demonstrated that any complex organ existed, which could not possibly have been formed by numerous, successive, slight modifications, my theory would absolutely break down. But I can find out no such case.”[5] If he and the scientists of his time could have had access to electron microscopes, he would have found many “such cases.”

In summarizing both parts of this blog, we can draw two conclusions. First, there has to be a supernatural realm in existence to explain certain aspects of our physical lives, and this could take the form of the spiritual realm, in which God and spirits reside. Second, the amazingly-complex and life-friendly construction, both of our bodies and of our environment, reflect the work of an incredibly capable designer using skills far in advance of any human capability. Sounds to me a lot like the omniscient, omnipotent, loving God of Christianity!